They Forgot the Works of the Lord!

All Topics, Faith, Foundations of the Faith 0 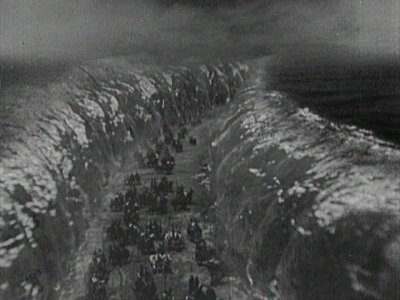 From whichever version of the Bible you read, Psalm 78:11 is stated in less than 15 words:

Psalm 78:11 says, “They forgot His deeds and His miracles that He had shown them” (NASB).

“They forgot His works and the wonders that He had shown them” (ESV).

“They forgot His doings, and His wondrous works that He had shown them” (ASV).

In today’s message I want to examine what God forbids Christians from overlooking and why this is so important.

The Psalmist Asaph takes us back to an epoch in Biblical history when God displayed His power more frequently than any other epoch. Consider what the people of Israel witnessed God do:

As the Israelis were trapped in Egypt, they watched Moses singlehandedly deliver their unarmed nation from world’s greatest empire.

They saw God’s plagues decimate the Egyptian’s and their land.

They witnessed the Red Sea roll back and let them pass safely through the waters and the next day they saw the waters return and consume Pharaoh’s army.

During their 40-year passage through the desert the miracles never stopped.

When they looked up they saw a mysterious cloud that guided their travel. At day it prevented the sun from scorching their skin and at night it radiated soothing warmth.

Their meals were delivered daily by angels and their thirst was quenched from water that poured forth from a rock.

What an awesome time of God’s demonstration! Signs and wonders that only a transcendent and sovereign God could perform. How could anyone forget such acts? Yet, that’s exactly what Israel did. The people of God forgot this unimaginable display of God’s power that had made the impossible possible.

I have a simple question: Are you guilty of this? Is your mind forever fastened to the wondrous works that God has performed for you or have you forgotten His benevolent acts?

The Bible has been masterfully assembled. The Holy Spirit constructed the Scriptures with words of instruction, encouragement, hope, healing, history, and prophecy. Yet, with impeccable balance, the Holy Spirit also anointed the Prophets to lovingly rebuke its readers. Such is the case in Psalm 78. The phrase “they forgot” is the repeated refrain of Asaph’s admonition.

But what was Asaph so urgently suggesting that God’s people had forgotten? What was this vital piece of information that Israel must not ignore? Had Israel forgotten God’s Law . . . or His ways . . . or His established paths? Yes, but these are not the primary points of emphasis of this Psalm.

The crisis might have pertained to Israel being unfairly oppressed by its enemies.

It might have concerned a time when Israel needed God’s provision for basic needs.

But it also included occasions when Israel had sinned and was unworthy of God’s intervention.

Whatever the case, God wanted His people to know that His mercy always eclipsed man’s unworthiness! The Lord’s supply and blessing toward us is not based on moral virtue; it is based on God’s mercy!

And remember what mercy is. It is not compassion. Compassion is God’s tender disposition toward man. On the other hand, mercy is action! Mercy describes God’s refusal to remain unmoved on His throne. It shows Him rising to intervene in behalf of His people.

This is what Israel had forgotten! They had forgotten there was never a moment in their history when God was unwilling to display His wonders among them.

And there are always consequences to our action or inaction! In verses 32 and 33, Asaph opined that Israel’s failure to remember God’s marvels cost them. Notice his words: “In spite of all this they sinned and did not believe in His wonderful works. (33) So He brought their days to an end in futility and their years in sudden terror.”

Do you see the consequences of forgetfulness? And do you see why Satan works with such persistence to block God’s goodness from your memory? When we determine to forget the history of God’s wonders He doesn’t force Himself upon us. He allows life to grind us down and reveal the futility of our labors.

You see, Christians can choose how to live: we can recall God’s past wonders and let them inspire faith, hope, and victory. Or, we can ignore them and spend our years in futility.

This gives us a clue as to why God rebukes and corrects in Scripture. He’s not seeking an opportunity to vent and lecture. He’s not trying to denigrate those that messed up. Not at all! The objective of God’s chastening is to offer His children another opportunity to work in their behalf. God’s rebukes are often acts of mercy. Now, would you deny Almighty God that opportunity?

Do you understand how the Holy Spirit is speaking to you from this “Psalm of Forgetfulness”?

Are you overcome by problems and there’s a pressing need?

Are you unfairly oppressed by an enemy?

Have you strayed from God’s plan?

Are you living in outright rebellion toward God?

Whatever the case, the message of Psalm 78 shows God’s willingness to offer another opportunity to display His wonders toward you. If you will simply remember and request God’s wonder-working intervention, God, in His divine timing, will show up!

Today, with the Psalmist Asaph, I hear the voice of the Spirit calling God’s people to remember His wonders.

I hear the Apostle Paul’s admonition to Timothy: “I put you in remembrance” (2 Timothy 1:6).

Along with the Prophet Isaiah I hear God saying: “Remember this, and be assured; recall it to mind, you transgressors. (9) Remember the former things long past, for I am God, and there is no one like Me” (Isaiah 46:8-9).

Psalm 77:11-15 says: “I will remember the deeds of the Lord; yes, I will remember your wonders of old. 12 I will ponder all your work, and meditate on your mighty deeds. 13 Your way, O God, is holy. What god is great like our God? 14 You are the God who works wonders; you have made known your might among the peoples.

Is there a methodology of remembrance that God would have us employ? Yes! Let me suggest a simple three-step method of remembrance.

First, remember the works of God from Scripture:

David’s victories over Goliath, the lion, the bear, and the Philistines.

The wonders of Christ revealed in the Gospels.

Second, remember God’s wonders through the testimony of fellow Christians. If God has worked in behalf of others in the family of God, He will work for you!

Third, remember God’s wonders from your past! Recall them now . . . at this very moment. And when you leave this place relive them again.

God has a plan for your future. But to get to your future it’s essential to replay a history of God’s works of the past. And when you remember God’s wonders, you will realize that Christ, who is “the same yesterday, today, and forever” (Hebrews 13:8), will display the might of His mercy again!

There is one final obligation God asks of His people in Psalm 78. Oddly enough, it does not appear at the termination of this Psalm; it appears at the beginning: Those that have witnessed the drama of God’s wonders are under a divine mandate to communicate the information to the next generation! Look at Asaph’s words in verses 1-7.

Give ear, O my people, to my teaching; incline your ears to the words of my mouth! (2) I will open my mouth in a parable; I will utter dark sayings from of old, (3) things that we have heard and known, that our fathers have told us. (4) We will not hide them from their children, but tell to the coming generation the glorious deeds of the LORD, and his might, and the wonders that he has done. (5) He established a testimony in Jacob and appointed a law in Israel, which he commanded our fathers to teach to their children, (6) that the next generation might know them, the children yet unborn, and arise and tell them to their children, (7) so that they should set their hope in God and not forget the works of God, but keep his commandments.

Did you notice verse 7? When we perpetuate the testimony of God’s wonders to the next generation, it helps them put their hope in God too.