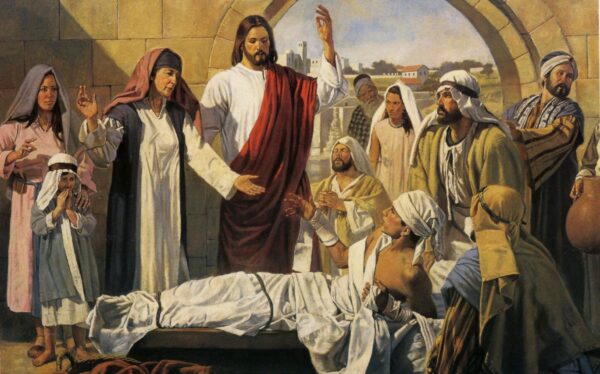 Marriages, funerals, and baby dedications will always occupy a minister’s portfolio. But while pastors perform such services, have you considered that Jesus, our great High Priest, never conducted a funeral? Why is that? The answer lies in who Jesus is. And as he proclaimed, he is the “Resurrection and the Life.” That means, it was impossible for death to abide in his life-giving presence! Think about it: two thousand years ago, as he walked the earth, you discover that never did anyone die in his presence. And when he approached the deceased, no one remained dead in his company.

While traveling through the city of Nain, a funeral procession passed before him. In the casket was the only son of a widow. But when Christ touched the boy, death fled and life surged! Even the thieves crucified with him at Calvary died after he surrendered his life. That’s why Jesus could declare: “I am the Resurrection [nobody can die in my presence] and I am the Life” [nobody can remain dead in my presence]. Thank God, Christians serve a Savior like none other. He is Master over all things!

(Artist unknown for painting used in this devotional)