Peace means, “Quietness or rest,” and it’s a word Jesus frequently used in His ministry. Peace is used over 100 times in the New Testament and practically every time it’s employed it speaks of this “quietness or repose of the soul. That’s exactly how Jesus defined it in our text.

In John 14 Jesus pulled aside His disciples and prepared them for His crucifixion. He told them that He would leave to prepare a place for them but assured them He would return. He told them that during His absence from earth He would provide them with “The Paraklete,” who was of His very substance and character. We know the Paraklete to be the Holy Spirit. John 14 is an example of the great love Jesus had for His disciples and all humanity.

Now, let’s talk about this peace Jesus intended for His disciples to secure. I see three points Jesus emphasizes here. Keep in mind this incident occurs immediately before His crucifixion. Jesus wanted His followers to know they could expect the Holy Spirit to appear shortly after His ascension. Jesus knew the trouble they would face after His resurrection, so He provided them with a receipt to cope with during times of turmoil and trouble. This receipt was His peace:

I. This is a peace cannot be found in the world

Look at the second part of His statement, “I do not give to you as the world gives.” The world can’t give quietness or rest. I guess this lends to the question, what kind of peace do we find in the world? I would dare to say, not much. In fact, most of the world is looking for peace in pills, beverages, medication, or even a government program.

It seems that every time we look at television we hear something about the quest for peace in the Middle East, in China, in South America or in other parts of the world. It is being sought everywhere and found nowhere. The world offers peace in terms of achievement, pleasure, possessions, prestige, position, power, or wealth. They call this the American Dream!

But Jesus disagreed with the world’s method of obtaining peace. He even says that the world cannot provide real peace! Nothing the world offers assures us of a lasting peace. Here is how the world thinks peace is achieved:

The world believes if it could eliminate war that peace would prevail.

The world thinks if it eliminated poverty and everyone had enough, peace would prevail.

The world thinks if it could eliminate suffering peace would prevail. Without suffering we could have peace.

The world thinks if it could eliminate strife and conflict between individuals and nations…. then peace would flourish.

But I want to tell you that peace isn’t found in absence of anything! It’s not found in Peace Treaties, or National Summits, or Arms Agreements between nations. It is only found in the presence of Someone! And that someone is the Prince of Peace, Jesus Christ. So in the midst of war, poverty, suffering, or conflict peace, in the form of a Person, is present with us and providing a sense of well-being amidst every problem. Christ is with you through the wind, the flood, and the fire and He will “never leave you nor forsake you.”

Peace is exactly what the Man of Sin, the Antichrist, will promise to a strife-filled world. This will be his delusion, his lie, and his promise. And though millions will pursue this false peace, they will come to realize its phony boasts as the Antichrist leads them astray. His peace will not be temporary, much less eternal! But notice the peace that Christ offers:

“And the peace of God, which transcends all understanding, will guard your hearts and your minds in Christ Jesus.” (Phil 4:7)

“Now the Lord of peace Himself give you peace at all times and in every way”. (2 Thess 3:16) and I might add, in the midst of every problem we will encounter.

The world cannot give this kind of peace!

II. In times of trouble His peace will overcome fear

Fear is a natural result of trouble and strife. We can become fearful when unsettling events suddenly strike us. It’s only natural to be afraid.

I really believe that Jesus, knowing what was soon coming, was trying to instill peace into His disciples. He knew they were about to face great turmoil and stress and the only way to overcome it was to partake of His peace.

(ILLUSTRATION) I remember the day my Mom died unexpectedly. I was at work and had gone to lunch. When I returned my uncle, who worked for the same company, had to tell of my Mom’s death. She had an apparent heart attack and literally died instantly. Here I am, 29 years old, my wife in the hospital recovering from a automobile accident, my children, 7 and 4 years old were staying with my Mother-in-law while I worked. Mom was only 49 years-old. I felt like I had been run over by a truck! Empty, abandoned, lost, sad, sick inside, deeply hurting I guess every emotion of grief that could be imagined. I ran the gamut emotions that day on the way to the hospital. While in the waiting room, waiting for my Dad and brother to get to the hospital I walked into the Chapel and opened the Bible there. My eyes fell on Psalms 116:15, “Precious in the sight of the Lord is the death of His saints”. I don’t ever remember reading that verse before, but there it was, God giving me the words I needed. Right then there was a peace that settled over me and has stayed with me to this day over Moms death. She was truly one of God’s saints and I knew, without any doubt, where she was: in Christ’s presence! Now folks, that will give you “peace that passes all understanding”!

In 2005 my wife had a stroke and this resulted in open heart surgery 2 weeks later. This was a very trying, stressful and fearful time for me. But what I remember most during this month long hospital stay was the night before she was to have heart surgery she said to me, “If I get well, Gods in control and if I die, Gods in control, either way, I win”! Well, she is doing great now and I’m the one that really won! But I had a unspeakable peace through out that trying time. The Prince of Peace was with us. That is the only place to find true peace.

Look again at our text: “My peace I give you.” Because Jesus could see the future as well as He could see the past, He knew that in a few days the disciples would be pressured from every side. The Pharisees would hunt them and they would seek refuge behind locked doors. He knew they would sleep when He asked them to pray in Gethsemane. He knew they would deserted Him when the soldiers arrested Him and that He would stand alone at His Trial.

Their guilt and regret had to be almost unbearable! Can you imagine the emotions they must have been dealing with? Just a few days earlier they declared to Jesus that they would never desert him. Peter even said he would die rather than deny Him. He said in Mark 14:29, “even if all fall away, I will not” and in verse 31, “even if I have to die with you, I will never disown you”! But none of those bold and brave words came to pass. When Jesus was arraigned and apprehended the disciples scattered like rat’s from a sinking ship. Each one wanting to save their own hides—fearful, uncertain, and wondering if it had all been a dream.

Besides John, none of the apostles showed up until after Christ’s burial. He was at the cross when Jesus was crucified and when He died. Just a footnote to this, John is the only Apostle that died of old age, all the others died a martyr’s death.

In spite of all this, what did Jesus do? He appeared to them as they were hiding behind the locked door and simply said, “Peace be with you” (Luke 24:36). Needless to say, they were startled and frightened; thinking they had seen a ghost. No words of rebuke, no words of condemnation, no attitude of anger or resentment, only words of peace and love.

He spoke words of comfort when He asked, “Why are you troubled, and why do doubts arise in you minds? Look at my hands and feet. It is I myself! Touch me and see; a ghost does not have flesh and bones as you see I have”.

Then they had a meal together. Isn’t that what friends do?

There are many verses in the Bible that talk about the Peace of God and how this peace will pass even human understanding. It is a promise and God’s promises are “Yes and Amen”!

Proverbs 14:30 “A heart at peace gives life to the whole body”

Colossians 3:15, “Let the peace of Christ rule in your hearts, since as one body you were called to peace”.

Psalms 85:8, “I will listen to what God the Lord will say; He promises peace to His people”.

These are but a few verses that I challenge you to study and apply to your life.

Here is what I want you to learn from today’s message:

True peace doesn’t come from the World; it comes as a gift from God.

True peace will sustain you in all situations! “Peace I leave with you; my peace I give you. I do not give to you as the world gives. Do not let you heart be troubled and do not be afraid”. 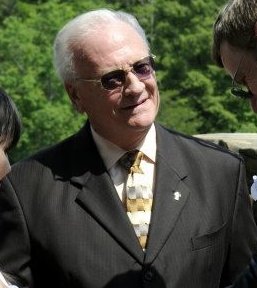