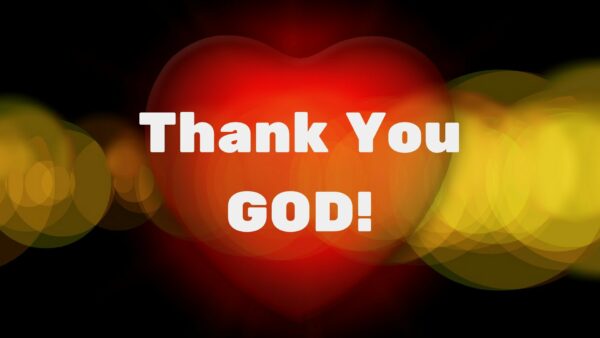 The ability to communicate is a primary distinction between humans—who are created in God’s image—and animals. And one of the highest forms of our communication involves thanksgiving toward God.

Dr. Harry A. Ironside, who was a famed theologian and pastor of the early twentieth century—illustrates this well as the story is told of him dining at a crowded restaurant. As Dr. Ironside prepared to eat a guest asked to join him. Ironside consented and the man sat down. Ironside bowed his head and prayed over his meal. When he finished praying his guest asked, “Do you have a headache?” Ironside replied, “No.” He asked again, “Well, is there something wrong with your food?” Ironside replied, “No, I was simply thanking God as I always do before I eat.” The man said, “Oh, you’re one of those, are you? Well, I want you to know I never give thanks. I earn my money by the sweat of my brow and I don’t have to give thanks to anybody when I eat. I just start right in!” Ironside’s answer was coarse but penetrating: “Sir, you’re just like my dog. That’s what he does!”

The story is also told of the former Tennessee Congressman Ed Jones, a member of the U.S. Agriculture Committee. A woman, angry, frustrated, and unappreciative of Jones’ many hours of labor on the committee fumed: “What do we care about agriculture? We get all our groceries at the supermarket anyway!”

How accurate is God’s unerring Word when it characterizes unbelievers saying, “They neither glorified him as God nor gave thanks to him, but their thinking became futile and their foolish hearts were darkened” (Romans 1:21).

Yes, many people work hard for their food, shelter, and material resources but “every good and perfect gift comes from the Father above.” As our Divine Source for all blessings, let’s thank Him. He is worthy of our worship.