THE LAND OF ISRAEL: WHOSE PROPERTY IS IT?

KINGDOM ISSUES Comments Off on THE LAND OF ISRAEL: WHOSE PROPERTY IS IT? 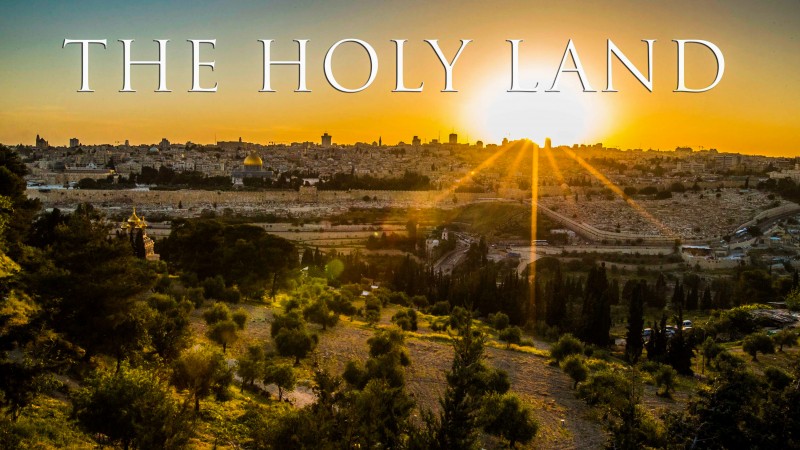 Should Christians Support Israel’s Rights to the “Holy Land”?

In recent years, the United Nations has vigorously pursued a plan for the Palestinians to become an autonomous nation within the Biblically etched borders of Israel. This two-State solution requires that the Israelis surrender the Gaza Strip, the West Bank, and East Jerusalem, territory that encompasses the ancient regions of Judea and Samaria where Christ, the Prophets, and the Apostles ministered. Known as the “Land for Peace” doctrine, it comes with the pledge that Israel will have peace with its neighboring States as it surrenders land. But is this the solution that will assuage the Arabs’ “ancient hostility” toward the Jews (Ezekiel 35:5)? And most importantly, what does the Bible say about this proposition?

While it is beneficial for the world to understand God’s determinations, it is imperative that Christians understand the purposes of God. In fact, the Lord has placed a mandate upon Believers to support His purposes.

The Bible made it clear, thousands of years ago, that God issued a unique directive to the Jewish people. The Lord chose the Jewish people to give mankind the Scriptures and the Savior. Distinct in destiny, God also assigned the Israelis a place on the globe, which is unlike any other property. He conferred to them what the Bible repeatedly calls the “Holy Land” (Psalm 78:54; Ezekiel 48:12; Zechariah 2:12). This hallowed phrase (“Holy Land”) indicates this property belongs to God and has been sanctified for his purposes. One purpose includes bequeathing it to the seed of Abraham, Isaac, and Jacob. That’s what Genesis 15:18 means when God said to Abraham: “Unto thy seed have I given this land.” And this is no obscure citation! The Bible discloses fifty-five references to the Israelis’ land rights to this specific territory. When you combine the Scriptures that outline Israel’s borders, you discover that they stretch from the Euphrates River in the North to the River of Egypt in the South and from the Jordan River in the East to the Mediterranean Sea in the West (Genesis 15:18; 32:28; Numbers 34:1-12; Joshua 15:20; 47).

But the Bible furnishes yet more evidence that establishes Israel’s claim to this land. Three thousand years ago, King David purchased the entire Mountain of Moriah where his son Solomon would later build the Temple. In so doing, David secured the entire 45-acre plot, which is known today as the “Temple Mount” (2 Samuel 24). Therefore, the Bible supplies trilateral testimony that the Israelis own this property. They own it by: (1) God’s pledge to Abraham, (2) God’s repeated pledges in Scripture that the land belongs to the Israelis, and (3) by David’s purchase.

Despite the witness of Scripture, Jerusalem and the Temple Mount remain the most disputed real estate on the planet. In recent years, there has been renewed determination from international leaders that a two-State Israeli-Palestinian presence is the solution. It is often called the “Land for Peace Doctrine” and is touted as the ultimate dealmaker. And this effort to transfer Israeli property to the Palestinians moves forward even though the Palestinians are without one artifact from antiquity or cultural documentation to justify their claims to the land.

In a short time, Palestinian pressure will convince the international community (the United Nations) to grant Statehood to the Palestinians. While God has undying love for the Palestinians he also has an unwavering commitment to His Word! Psalm 105:8-9 says, God “remembers His covenant forever, the word He commanded, for a thousand generations, (9) the covenant He made with Abraham.” Leviticus 25:23 says, “The land shall not be sold for ever: for the land is Mine.” God couldn’t have been clearer! He is the sole Proprietor of the “Holy Land.” It’s actually God’s property on-loan to the Israelis. Had Israel’s borders been negotiable or temporally assigned, the Lord would have noted it; but He didn’t! This is why world leaders get it wrong when they insist the Israelis must “give peace a chance” and redraw its borders. God has strongly warned of the consequences of “dividing His land,” and it is always to man’s detriment to disregard that warning (Joel 3:2).

The God who created 196,940,400 square miles of earth’s surface has sanctified a mere 12,000 square miles of landmass and called it the “Holy Land.” That means, in God’s eyes, the issue is settled. He has eternally etched the borders of Israel and has issued a “Hands-Off!” ultimatum to man. While God wants everyone to recognize this, it is imperative that Christians–understanding the Scriptures are fixed and sacred–acknowledge that the Israelis are sole proprietors of this hallowed property. Christians must solemnly pledge allegiance to God’s Word in behalf of the Israelis, while also praying for a fair resolution for the Palestinians.

In 2003, Robert D. Pace was interviewed by the Evangel magazine, the Official Publication of the Church of God, Cleveland, Tennessee. Pace, founder of PulpitToday.org, provided answers to the following... END_OF_DOCUMENT_TOKEN_TO_BE_REPLACED