PROPHECY Comments Off on THE END SHALL COME LIKE A FLOOD 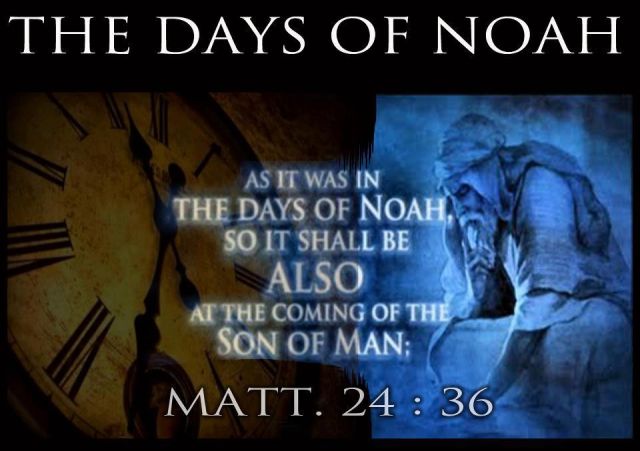 The Second Coming of Jesus Christ is mentioned over 500 times in the Bible. For each prophecy regarding Christ’s First Advent the Bible makes 8 prophecies of His Second Advent. But the Bible does more than affirm Christ’s Return. It provides prophecies, signs, and markers that bear witness to the nearness of His reappearance. That’s because the Lord wants Christians ready for His Return.

In Matthew 24 Jesus provided one of those signs to identify the generation that will witness His Return to earth. He says in verse 37, “For the coming of the Son of Man will be just like the days of Noah.” In other words, the Lord’s Return will occur during a time when our world is much like Noah’s Day. While several traits exist between these generations there is one that stands supreme. It is a sign that was heralded by the great prophets of that dispensation—Enoch, Methuselah, and Noah. What did these messengers foretell? They predicted that the world would experience something it had never experienced—a flood! Before Noah entered the Ark rain had never fallen from the sky (Genesis 7:11). Imagine the difficulty people had in believing these Prophets as they foretold a never-to-have-happened-before judgment. “A flood is coming and the waters shall rise!” That was the pronouncement of the Prophets year after year. It took 100 years for Noah to build that Ark, and nobody listened despite all of God’s actions. When God shut the door, the deluge transcended the mountains and only those ensconced within the Ark escaped His wrath. As Jesus noted in the New Testament, “the flood came and swept them all away” (Matthew 24:39).

This is what Jesus predicted would happen to mankind, once again, during a time known as “the Great Tribulation.” He prophesied another flood! But this will not be another inundation of water. The rainbow is God’s pledge against that judgment. Christ, the Prophets, and the Apostles have lifted their voice in prophetic harmony to announce never-to-have-happened-before omens that will overwhelm the last generation. A flood of plagues, torment, earthquakes, diseases, madness, famine, and natural disasters will transcend all man’s efforts to overcome. As Nahum 1:8 says, “With an overflowing flood He will make a complete end of the adversaries, and will pursue His enemies into darkness.”

While the wicked are oblivious to this coming floodtide of judgment, Christians, also, must not ignore this warning. We must hear God’s Word, intercede for others, and proclaim a message of hope. We must herald the everlasting truth that Jesus is the unfailing Ark of Safety!