PROPHECY, Prophetic Words Comments Off on THE DYNAMIC MESSENGER 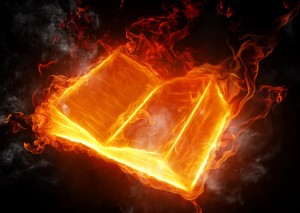 Dynamic Messengers are rare, but desperately needed! They are prophetic people that God brings to the forefront of His Kingdom to announce His activity in the earth. And their voice implores people to acknowledge God’s present dealings with their generation. While the Dynamic Messenger may speak futuristically, his primary mission deals with the drama of current issues and events. With this emissary, the present is more important than the future because a secure future requires present action. He discloses a “nowness” to God’s dealings with men.

These messengers are dynamic in the sense that God empowers them to fulfill their mission. Scripture sets forth Moses, Elijah, and John the Baptist as prototypes as their dynamism (dunamis) makes their witness imposing, persuasive, and incontrovertible. At times, God anoints these messengers to present His mandate by both declaration and demonstration; proclamation and manifestation. Yes, God still “confirms His Word with signs following.” Thus, the irresistible Spirit authorizes these messengers.

I want to mention ten distinctions of a Dynamic Messenger:

1. The Dynamic Messenger is fearless! This is no faint-hearted messenger. God’s Word burns in his heart and he proclaims it without regard to consequences. Too often, political correctness mitigates a preacher’s message and reduces him to a politician willing to revise his message at the behest public opinion. But the Dynamic Messenger knows he was not elected to office; God appointed him as a prophet! Thus, his oracle remains inflexible and uncompromising.

2. The Dynamic Messenger disturbs political and religious powers (1 Kings 18:17-18). What “normal” man would seek to provoke authority figures? But this herald is different. He stands in the way of “progress” and decries injustice. He points out offensive actions of national leaders. King Ahab called Elijah, “the ‘troubler ‘of Israel.” John’s preaching so vexed the religious authorities that they could neither validate nor invalidate his ministry when Jesus asked for an assessment. But neither Government nor Religion could minimize John’s influence. The reason this messenger disturbs establishments is because his mission originates with God and he breathes the fire of heaven. Prophetic truth disturbs!

3. The Dynamic Messenger operates in the power of the Spirit. This messenger never stands alone in His mission. God’s transcendent presence accompanies him, which makes it impossible for men to ignore. It is interesting that Elijah’s name means, “The Lord, He is God!” and this is exactly what Elijah demonstrated to Israel. With God’s power upon him, Elijah conquered the prophets of Baal, called fire from heaven, and controlled the weather. The Spirit and power by which this messenger operates can withstand kingdoms, nature, deprivation, and “doctrines of devils.” While John the Baptist worked no miracle, he spoke in the “spirit and power of Elijah” and the kingdom of God rushed to earth to confirm his message. While a Priest ushers people to God, the Prophet ushers God to the people. That’s why the Prophetic Messenger is incompetent without the Holy Spirit.

4. The Dynamic Messenger changes hearts (Malachi 4:6). Sometimes there is no apparent explanation for the achievements of these men. Some messengers minister in jeans and tee-shirts, while others wear Wall Street suits. Some are refined and eloquent, while others are coarse, uneducated, and abuse linguistic skills. Again, the answer to this mystery of success lies in a pronounced presence of the Holy Spirit abiding upon them and, thus, stubborn and obstinate hearts are softened and transformed at their word.

5. The Dynamic Messenger persuades God through earnest prayer (1 Kings 18:41-45). The Old Testament prophets had extraordinary persuasion with God because they prayed. In fact, the prophets of Scripture could not function in a prophetic role without prayer dominating their life! When King Abimelech sought to take Sarah as his wife, God appeared to Abimelech and announced that his actions made him as “good as dead” (Genesis 20:3). But the solution was intercession. God said, “Return the man’s wife, for he [Abraham] is a prophet, and he will pray for you and you will live” (20:7). Prophets can “stand in the gap,” for the men, cities, and nations and alter the direction of history.

6. The Dynamic Messenger commands justice in the land. These messengers understand life’s injustices and call for correction. They command men to “exalt the valleys, lower the mountains, straighten the crooked, and level the rough” (Isaiah 40:3-4). They are faithful to this mission because they know the outcome “Reveals the glory of the Lord and all mankind will see it” (40:5).

7. The Dynamic Messenger confronts heresy (1 Kings 16; 18:17-21). Before this messenger comforts, he challenges. He expresses the danger of “doctrines of devils.” To those who preach “another Gospel,” the dynamic messenger adjures with unearthly authority. Paul demonstrably invoked: “Let him be eternally condemned” (Galatians 1:8). They are intolerant of false religion and command men to repent, obey God, and worship Him in righteousness.

8. The Dynamic Messenger discerns the days. Through the insight of the Holy Spirit he unravels cryptic sayings and prophetic riddles of the Bible. Revelatory insight makes this emissary aware of the “times and seasons,” the work of the Holy Spirit among His people, and even the hidden agenda of agents of darkness. Thus, he is empowered to help Christians through all situations.

9. The Dynamic Messenger calls for action. Again, this spokesman doesn’t so much foretell the future; he commands attention to the present. As he “opens the eyes of the blind” he commands men to “Repent!” When he sees judgment coming he commands men to rush into the “shelter of the Almighty.” He knows that man’s humility before God is the surest place of safety.