“THE DAYS SHALL BE SHORTENED” 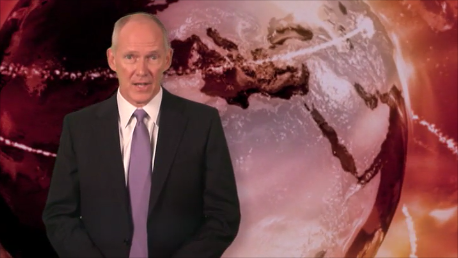 Jesus often spoke of the Endtimes and the signs the people of that day would experience. It’s especially important to notice Christ’s description in Matthew 24:21. Jesus said: “There will be great distress, unequaled from the beginning of the world until now—and never to be equaled again.” Ominous indeed! But it’s the next verse that portents the reality of this unprecedented epoch: Verse 22 says: “Unless those days were shortened, no flesh would be saved; but for the elect’s sake those days will be shortened.” Are Christ’s Words to be translated literally or figuratively? It seems farfetched to expect God to literally constrict time and yet this is precisely what will happen. But how?

I have heard people postulate that God will shorten the 7-year timespan of the Great Tribulation in order to fulfill this prophecy. However, one must recognize that the Bible carefully measured Daniel’s 70 weeks and has mandated these days to fully run their course. So what is the answer? Again, notice closely Christ’s words. Jesus said: “unless the days were shortened.” That phraseology shows that God will actually shave off the hours of a day!

Before this assertion is relegated to the realm of fiction it should be understand that geophysical science affirms this probability. In fact, the days have already been shortened! They just haven’t been shortened to the magnitude Scripture forecasts. Geophysicists have calculated that three earthquakes since 2004 have accelerated the earth’s spin and shortened our 24-hour day by about 10 microseconds. Additionally, they even explain how this has happened. The planet is made to increase its spin when a violent earthquake pushes Earth’s landmass closer to its axis. And this concept is best illustrated by watching Olympic ice skaters. At some point in the routine, the skater glides to center rink and with arms wide out gracefully begins spinning. But as the skater slowly pulls in their arms to their body (or axis), their spin increases to a blazing, indiscernible speed. Moreover, once a series of violent earthquakes ripple around the globe (as mentioned in Isaiah 24:19-20) it could shift an immensity of landmass toward the north and south poles, and increase our planet’s spin to a velocity that could contract a day by several hours! Thus, this would literally fulfill Christ’s prophecy to “shorten the days” and also mercifully alleviate the suffering of the “elect.”

In cryptic and wondrous ways Christ and the Prophets reveal man’s march into the Endtime drama with precise accuracy. Without restraint the Bible uses prophecy 1,817 times to capture our attention and convince us that God’s Word is true. And the veracity of its prophetic revelation is flawless. Let the Bible speak to your heart today!

Disclosing Prophecies; Inspiring Hope for the Endtime Robert D. Pace It begins with deception—mass, unbridled deception! It is the infamous Endtime caveat that prevails above all others. In total, Christ... END_OF_DOCUMENT_TOKEN_TO_BE_REPLACED