POINT OF INSPIRATION, Prophetic Words Comments Off on YOUR APPOINTED TIME 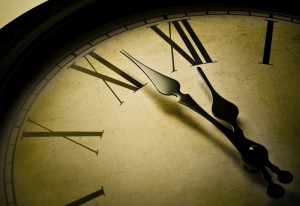 Released from Babylonian captivity, the Prophet Zechariah arose to proclaim a message of hope and restoration to Israel. But like many of God’s prophets, Zechariah’s communication with Israel is shrouded in mystery. He sees visions of “Four Horns,” a “Man with a Measuring-line,” a “Flying scroll,” and a “Woman in a Basket.” While this seems odd, is not our dreaming the same? We perceive a symphony without sound or an ocean without water. Why this ambiguity? It is because the God of infinite mysteries opens His treasures and discloses His riddles to those that seek and search. While the “heavens [openly] declare the glory of God,” beyond the obvious is the obscure. Like diamonds encrusted with coal, and lodged deep within the earth, so are God’s riches. Thus, Zechariah speaks with all the enigmatic accoutrements of a prophet throughout the 12 chapters of his writing. And he is careful to do this even in his prologue in Zechariah 1:1. Let’s examine this:

“In the eighth month, in the second year of Darius, the word of the Lord came to the prophet Zechariah, the son of Berechiah, son of Iddo, saying. . . .”

Do you see the riddle? It’s in the genealogy. Remember, the Holy Spirit inspired Zechariah to script these words so there is unquestionably more than meets the eye in his stream of genealogy. That means we must search and pray for a deeper meaning.

Notice the three names in the text: (1) Zechariah (2) Berechiah, and (3) Iddo. These are names no parent would choose today, but when examined they disclose a remarkable message:

Iddo means: “at the appointed time.”

The message is clear: “God remembers to bless at the appointed time.” That’s the prevailing theme of Zechariah’s narrative. After seventy years of Babylonian exile, Zechariah told Israel that their servitude was over and their time of God’s blessing had arrived. And God has you on his divine timetable too! He remembers you; desires to bless you, and; it will come at your appointed time. Amen.