YOU CAN DISCERN THE DAYS

End Times, PROPHECY, Prophetic Words Comments Off on YOU CAN DISCERN THE DAYS 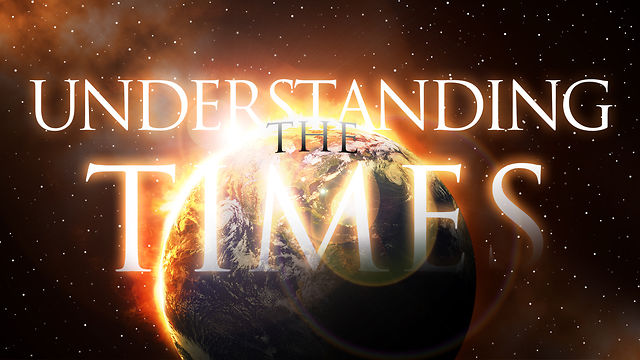 Jesus was surrounded by Professors of Religion. They were scholars that had spent hours memorizing vast portions of the Old Testament. But on this occasion they stepped outside the boundaries of the rational and requested that Christ validate His claims by manifesting a sign from heaven. While He could have done that, He chose instead to teach a lesson from the sky. He pointed out, as amateurs of meteorology, without radar maps, these Professors of Religion could predict the weather with a remarkable degree of accuracy. He said: “You know how to interpret the appearance of the sky, but you cannot interpret the signs of the times.” What a rebuke!

But has God embedded a warning within this passage that speaks to this generation? If the First Century religionists didn’t discern the signs that identified their Messiah’s First Coming, is it possible that the last generation could fail to perceive the signs pointing to His Second Coming? The obvious answer is, “Yes!” But Christians need not be undiscerning! Christians can know where this generation stands in regard to Biblical prophecy.

If this generation has access to 50 versions of the English Bible; if they have handheld devices to search the Scriptures, online information to examine the prophecies, the availability of On-demand Bible lessons; and most importantly, the Holy Spirit’s personal insight then God definitely demands deeper discernment from today’s Christians. I am convinced the Lord expects today’s Christians to operate with an unprecedented level of insight and discernment. And there is good news! God has empowered you to Discern the Days and “understand the times”! You don’t have to pray, “Lord, give me discernment if it be Thy will.” Jesus said in Matthew 13:11,

“To you it has been given to know the secrets of the kingdom of heaven, but to them [unbelievers] it has not been given.” This means God has anointed and empowered you to know and discern the signs of the times!

As I have travelled this nation conducting Prophecy Conferences, it has been evident that many Christians do not possess the measure of revelation they need to triumph during the Endtime. However, (and this is wonderful!) the Holy Spirit is in the process of conferring astonishing Endtime revelation to the Body of Christ! Christians are about to understand the mysteries and riddles of Endtime prophecy, unlike any other generation. Further, this revelatory insight will increase dramatically as the End of the Age draws nearer. Remember, you can discern the days!

READ MORE ABOUT YOUR POWER TO DISCERN BY CLICKING HERE