Prophecy, PROPHECY, Prophetic Words, The Prophets, The Word of God, Voice of God Comments Off on THE PROPHETIC VOICE 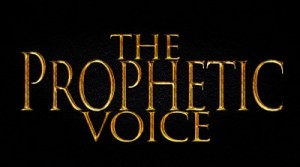 Hosea 1:1 opens with these words: “The word of the Lord came to Hosea, the son of Beeri, in the days of Uzziah, Jotham, Ahaz, and Hezekiah, kings of Judah.” What a legacy! Hosea’s prophetic ministry spanned a succession of four Israeli kings. But what is the purpose of this regal notation? While the names of these kings help historians date Hosea’s ministry, there is a deeper purpose for this kingly inscription. God wanted readers to know that a prophet’s ministry reached the highest authorities on Earth. As Scripture demonstrates, nations prospered or floundered with respect to a king’s response to an anointed utterance: “Believe in the LORD your God, and you will be established; believe his prophets, and you will succeed” (2 Chronicles 20:20). Who but a prophet could withstand armies, part waters, and uproot nations? What favor God grants the prophet!

I am persuaded that the church, today, needs more of these great messengers. But their presence cannot be evaluated without a portent.

Moses, the very voice of God, had to withstand an insurrection from his own people. Elijah overpowered 400 prophets of Baal yet bore the title, “Troubler of Israel”! Jeremiah precisely predicted Israel’s seventy-years of Babylonian captivity, yet his compatriots scorned, beat, and incarcerated him. And most of God’s prophets suffered the same. Misunderstood and maligned, they consorted with loneliness, slept in deserts, and dined with ravens.

But there is also the baffling psychology of a prophet. They are personalities of perplexity that are often at odds with themselves. They preach forgiveness to the guilty and correction to the righteous. They seek dreams, visions, and revelations from God, and when he opens their counsel it embitters their soul. They are heralds of hope, yet their message incites their enemies, divides the brethren, and chafes the complacent.

Yes, I am persuaded that the church needs more prophets. In fact, many have scrambled to insert that title before their name. But while prophetic designations can be justified, take caution! “Prophet” is more than a title to display. It is a minefield to navigate!