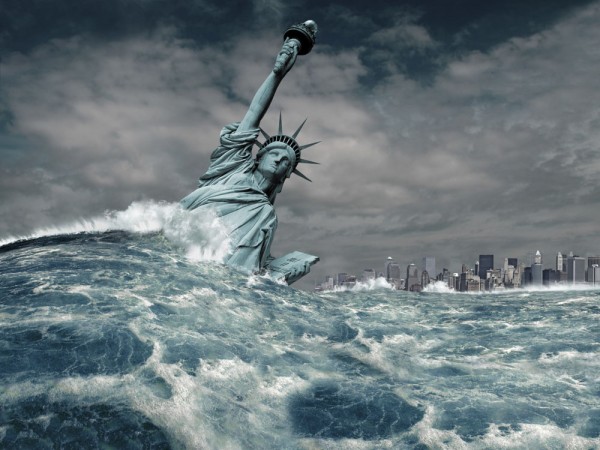 [AUTHOR’S NOTATION: The following article was written in 2013, when the Lord gave me a prophetic dream about America’s social chaos during the Obama Administration.]

The feeling is thick! An unearthly tension has gripped this planet. Racial tensions remain exacerbated, even with the White House hosting a twice elected African-American President. Policemen are being executed. Radical Islam’s march of terror has creeped into our borders. Millions of Americans are unemployed, while the Federal Budget has soared into trillions of dollars. Scientific and technological advancements have made life easier, but life has never been more difficult! Life has been stripped of its ease and the freedom of self-determination continues to erode.

What many people can’t understand is why America’s ruling class is unwilling to redirect the course of the world. And that is a main reason that I dare to share a dream the Lord gave me in March of 2013. I do not retell all my dreams, but this one appeared with conviction from the Holy Spirit. Thus, I have deep confidence in relating the substance of this nocturnal vision.

As the dream unfolded, I realized I was in Washington, D.C., as with a “spirit of confusion” prevailing scene. Instantly, I knew that that America’s laws, statutes, and policies were not being formulated naively or without predetermined objectives. Policymakers were intentionally crafting their legislation to restrict self-determination, debilitate the economy, divide the races, impede Christian values, and disrupt the flow of life. Simply stated, the United States Government was not (and is not) seeking to resolve problems. America’s ruling class is seeking to create problems in all areas of life! The Holy Spirit instructed me that a new social order was being established by national leaders and the Deep State, and it is a policy of social disorder!

For the sake of eliminating all ambiguity about the content of this dream, I want to restate and amplify upon this prophetic word: America’s policymakers and unelected bureaucrats understand their agenda. They are crafting policies that create social disorder! The ruling class is so determined to create societal disorder, that should it be given a magic wand to rectify the world’s ills, it would never wave it! Social chaos is their ambition and objective! And while the ruling class does not realize the ultimate consequences of their designs, they are creating a world of bedlam so the Antichrist can then appear and mastermind a solution.

The dream that was given to me does not necessarily solve a problem. It identifies one. It answers, in part, why America and Americans are distressed by the disarray of life. It shows Christians how to direct their prayers and invite the Lord’s assistance for perseverance. We must pray for those in authority, imprecate against the unruly, and intercede for the resolve of the godly. America’s president, senators, and congressional representatives need God’s direction. As for the hope of Christians today, we can take comfort in knowing that Christ has promised grace to the humble, supernatural enablement and provision from the Holy Spirit, and the promise of his Second Coming to deliver us from this world of evil.