LAW OF REVELATION (Part 2) “The Principle of Connection”

PROPHECY, Prophetic Words Comments Off on LAW OF REVELATION (Part 2) “The Principle of Connection” 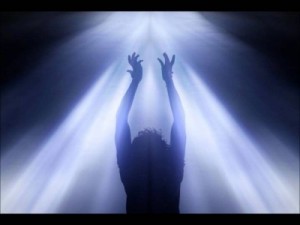 (This is part 2 of The Law of Revelation entitled, “The Principle of Connection” as we deal with the Christian’s power to discern the days and decipher the mysteries of Scripture.)

God’s message to the final generation is unprecedented. The Bible uses prophecies, cryptic sayings, symbolism, and parables to describe the Endtime. Despite the difficulty of interpreting these prophetic mysteries, the Lord promised that Believers can “know the secrets of the Kingdom of Heaven” (Matthew 13:11). He promised “wisdom to the wise and knowledge to the discerning” (Daniel 2:21). But how do Believers acquire this ability to unravel the hidden truths of Scripture? The answer is discovered by understanding the Greek word mysterion, which translates into the English words mysteries or secrets.

When the writers of Scripture employed mysterion, they spoke of something imperceptible to the outsider but perceived by the insider. In other words, there is an explanation for the mystery; it’s not indecipherable. For example: as mortals, we are acquainted with fatigue, infirmity, and disease. And occasionally physical enervation strikes us without an explanation. Mystified by it all, we visit a physician and submit to blood-work. Afterward, a hematologist examines the lab-work and presents a diagnosis. Thus, medical scientists can perceive what laymen cannot perceive because they are students of cellular activity, hemoglobin, blood proteins, and coagulation. Thus, what mystifies the “outsider” is clarified by an “insider.”

In John 15:15 Jesus told His disciples: “No longer do I call you servants, for the servant does not know what his master is doing; but I have called you friends, for all that I have heard from the Father I have made known to you.” To restate it, Jesus said His disciples would understand mysteries because they were connected to Him. This is why the ancient Prophets heard God’s voice so clearly. They were connected to the Holy Spirit. This means the secrets of the Kingdom aren’t guaranteed to those graduating with Theology degrees; they are conferred to those connected to God! This is why Jesus would not ascend into Heaven without providing Christians with a Heavenly Instructor—the Holy Spirit. And He said in the Gospel of John that the Holy Spirit would instruct Believers in five ways: He would teach (14:26); remind (14:2); confirm (15:26); direct (16:13); and disclose (16:13). That means our guidance doesn’t come through a mechanical, impersonal process; it comes through a living relationship with the Holy Spirit—which involves the “Principle of Connection.”

Invite the Holy Spirit to fill and overflow your life. Pray for His pronounced presence to rest upon you. Get fully and completely connected to Him. He is infinite in knowledge (Psalm 147:5) and will be your sure source of revelation.