All Topics, Pray for President Trump 0 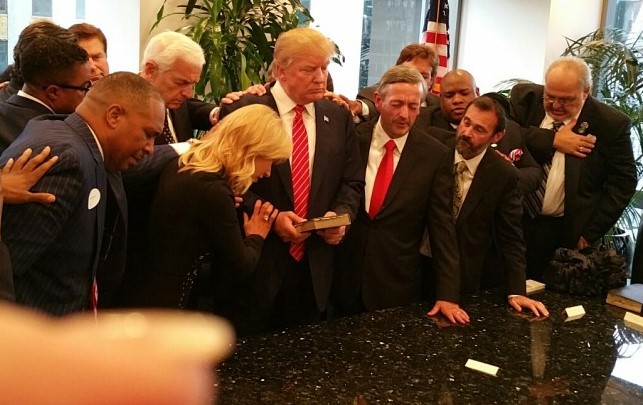 Shortly after Donald J. Trump was sworn-in to office, the Lord impressed me that much prayer would be needed for him. Since that intercessory impression first appeared, it has grown so strong that I have felt compelled to ask others to join with me. I know political differences exist within the Church but these differences do not preclude the Biblical injunction to pray for our nation’s leaders. The good news is, through intercession we can participate with God’s working through President Trump, and in complying with God’s Word we will secure both present and eternal rewards. I invite you to “agree with me in prayer” by invoking the following words:

As commanded in your Word, we pray for your servant, President Donald J. Trump. Provide him with wisdom, guidance, and protection. Make him sensitive to human needs and suffering. Bless his instincts, that you have so graciously endowed to him, that they may serve the purposes of God in America and the world. Send him counsellors, whose hearts are aflame with the Spirit of God, that will instil Biblical truths, steady his course, and enrich his soul through righteousness. Like George Washington, may President Trump walk in the “fear of God,” and shrink not from calling America into prayer during these testing days.

May Your blessing also rest upon Vice-President Pence, United States Senators, Congressional persons, and Governors by directing their ways unto your glory. Thank you, O Lord, for hearing our prayer. In Jesus’ Sovereign Name, Amen.

(I invite you to share this on your Facebook page and help recruit prayer for our President and Congressional leaders.)