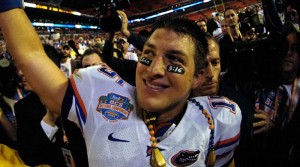 Each year more than 800 million passengers board United States airliners. It’s easy to see that an Air Traffic Controller has one of life’s most vital jobs. Their obligation to plot and report the coordinates of aircraft is a matter of life and death. Their dereliction of duty could cost hundreds of souls. But while Air Traffic Controllers are under strict orders to transmit their readings Christians are levied with a greater charge than that! It’s the charge to share the Gospel and warn unbelievers of the approaching Day of Judgment. That is why Proverbs 18:21 says, “the power of life and death is in our tongue”! Christians are the world’s only verbal witness for the Gospel; the lone messengers of hope to their generation.

At first glance, it seems reasonable that angels would have been the best choice to disseminate the Gospel. They are inviolate, tireless, and totally dependable. But God couldn’t do that! Angels are not redeemed by Christ’s Blood. It is humans, in Covenant with God through Christ, that God commissioned to share the Gospel. And because Christians are charged with this assignment, God forbids any excuse for not sharing Christ’s testimony—not the excuses of timidity, reticence, or even being an introvert.

So what is the antidote for conquering the fear to witness? The antidote is prayer. “If you can’t say it, pray it!” Prayer vaporizes every objection and hindrance for sharing Christ. The example for this cure appears in the New Testament after the Apostles were beaten for preaching the Gospel (Acts 4:29). But after a season of prayer, the Apostles received renewed boldness to testify of Christ. Noting could repress them.

If you have found the “pearl of great price,” show Christ to others! You are called to witness! Thus, if you can’t say it, pray it! God will empower you!