THE LAW OF REVELATION (Part 1)

PROPHECY, Prophetic Words Comments Off on THE LAW OF REVELATION (Part 1) 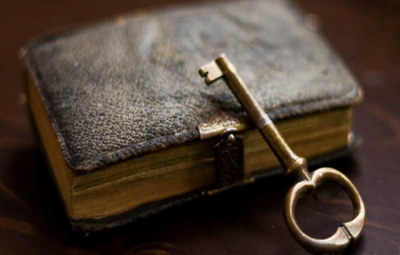 This is Part 1 of 2, in a series of brief articles on “The Law Of Revelation”

God has embedded laws into the universe that govern all areas of life. Laws that are incontrovertible and designed for our welfare. The Law of Polarity, the Law of Cause and Effect, the Law of Motion, and the Law of Reciprocity all affect us. And from a Biblical/spiritual perspective, God has ordained a Law of Revelation. It is a principle that determines who gains access to God’s counsel. While the basics of Scripture are written for all to understand, it also contains mysteries, secrets, parables, and riddles for the disciple to investigate and unravel. This is where the Law of Revelation emerges.

The Apostle Paul informed us that “spiritual matters” can only be appraised by “spiritual” people—that is, Christians. Matthew 13:11 says, “To you [Christians] it has been given to know the secrets of the kingdom of heaven, but to them [unbelievers] it has not been given.” Like a vault situated behind iron bars and placed inside thick, block walls, so has God hidden His mysteries from the unconverted. It is only the regenerated, whose mind and innermost-being has been quickened by the Spirit of God, that can understand God’s counsel.

However, it is evident that some disciples have greater insight to God’s Word than other disciples. Even Simon Peter was amazed at the depth of revelation God granted to the Apostle Paul (2 Peter 3:15-16). Moreover, God’s sovereign choosing and dispensing of spiritual gifts determine revelatory depth. But beyond God’s autonomous determinations, the Bible provides kingdom principles that Christians can utilize for understanding God’s mysteries. One principle involves our posture before God.

The Lord said in Isaiah 66:2, “This is the one to whom I will look: he who is humble and contrite in spirit and trembles at my Word.”

Isaiah 57:15 says, “I dwell in the high and holy place, and also with him who is of a contrite and lowly spirit.”

Besides Jesus—“the Word made flesh”—Moses is the Bible’s foremost person of revelation. Moses conversed face-to-face with God and wrote more Scripture than anyone. He understood mysteries from the beginning of creation to the end of the age. He joined Christ and Elijah on the Mount of Transfiguration and discussed the Messiah’s crucifixion and death. But there is an explanation for Moses’ incredible ability to perceive mysteries and, again, it relates to his posture. Numbers 12:3 says, “Moses was very meek, more than all people who were on the face of the earth.” You see, people that best discern God’s voice are those that live in utter humility. It is literally the passageway to revelation!

Do you know the message that was most difficult for the Apostles to understand? It was Christ’s predictive message of His death on the Cross. Up to His final hours, Jesus tried to explain His mission to suffer and die, but the Apostles couldn’t hear it. Peter, with his preconceived ideas, jumped up and said, “[Lord,] this shall never happen to you” (Matthew 16:22). That’s when Jesus rebuked him with the words, “Get behind me, Satan! You are a hindrance to me. For you are not setting your mind on the things of God, but on the things of man.”

But notice who did understand Christ’s plan to die on the Cross: it was a woman that soaked His feet with tears, and anointed them with perfume. It was someone that couldn’t get any lower! As the twilight of the Crucifixion appeared, the Apostles had gathered around Jesus perhaps wondering which miracle He would next work to wow the masses. But not this woman; she was saying “Goodbye” to Jesus. She had deciphered His message to die on the Cross and was anointing Him for burial (Matthew 26:6-13).

Humility is perhaps chief among the principles that open the door to revelation. I hope you will look inward and evaluate your posture before God. It might answer some questions regarding your ability to perceive, hear, and understand the secrets of God’s Word.