SON OF DAVID / SON OF GOD 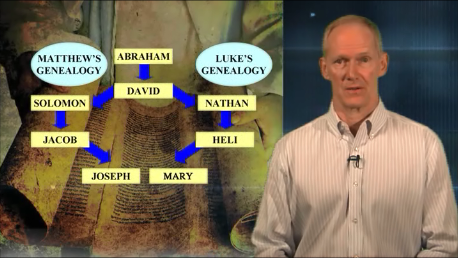 Have you wondered why the Bible scripts a seemingly endless list of “begets” in the Bible–all those chapters of chronology, lineage, and ancestry?  These are the passages we speed-read or even skip during our devotionals. But there is something significant hidden in the “begets” of Christ’s lineage not to be ignored. The Old Testament prefigured the true Messiah descending through Abraham, Isaac, Jacob and ultimately through the offspring of David. Of all the genealogical references to Christ the phrase “Son of David” appears a preeminent 25 times! And by the time Jesus appeared in the First Century the entire Jewish nation—from lowly shepherds to rulers of the Sanhedrin Court—knew Old Testament Prophecy demanded that their Messiah descend from the loins of David. Thus, when Jesus entered Jerusalem on Palm Sunday the common-folks shouted, “Hosanna to the Son of David” (Matthew 21:9). It was by referencing His genealogy that Jesus silenced the Pharisees when He asked: “What do you think about the Messiah? Whose son is He?” And immediately the Pharisees said, “The son of David” (Matthew 22:42).

Do you see why it is impossible to minimize the Messiah’s genealogy? As the “Son of David,” it certifies that Jesus fulfilled prophecy and also has the rightful claim to the title, “Son of God.” Thus, we understand why the Gospelists Matthew and Luke open the New Testament by chronicling Christ’s ancestry. And it’s with meticulous perfection that the Gospelists agree with their anthology of “begets” until David appears. Then, suddenly, Christ’s ancestry bifurcates and into two directions! What is the divine calculation with this anomaly? It is because the Holy Spirit had directed Matthew to trace Christ’s paternal ancestry while He had directed Luke to trace Christ’s maternal lineage. And this is what makes Christ’s genealogy pregnant with significance! Scripture repeatedly calls Jesus the “Son of David” because both Joseph and Mary could trace their lineage back to Israel’s venerated king! And notice how this unfolds: The most notable child of David was Solomon and he was the Great-Great-Great . . . granddaddy of Joseph the “supposed” father of Jesus. But David had a lesser-known son named Nathan and he was the Great-Great-Great . . . granddaddy of Mary. This means both Joseph and Mary both belonged to the “house of David”! And just as a foundation embedded with steel and cement provides double strength to a structure, the Scriptures show that Christ was doubly and indisputably the “Son of David”! You see, the easiest way the Pharisees could have disproved the Messianic claims of Jesus of Nazareth was to consult the Temple Registry that stored His ancestral records. And it’s not unreasonable to assume they investigated this fact! But in so doing, they discovered the evidence revealed that Jesus was the “Son of David.” Yea, and more than that, He was the holy “Son of God”!

Order the full-length DVD on the “RESOURCES” page entitled, “The Scriptures, The Savior, and Salvation”