HOPE FOR A VEXED GENERATION

PROPHECY, Prophetic Words Comments Off on HOPE FOR A VEXED GENERATION 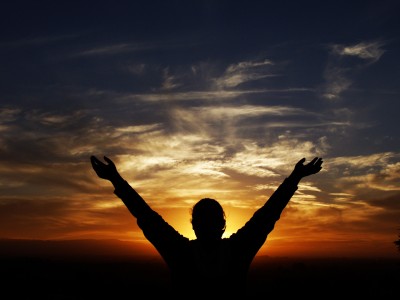 Scientists call the Second Law of Thermodynamics “the greatest law of the universe.” It states that: over time the material world corrodes and nothing evolves into a higher, more stable form; everything worsens. Scientists assert this! And in unwitting fashion they have validated the Bible’s prophetic description of our world’s unraveling. It explains the mystery of man’s unceasing hostility, vexation, and irrepressible struggles. Notice how Christ described it:

Jesus used two words to characterize the Endtime. He said the earth would be marked by “distress and perplexity” (Luke 21:25). The word distress means, “narrowing of the way.” It’s where life constricts and becomes hard to negotiate. That certainly explains the world today. Everything in life has tightened and things aren’t simple anymore. But Christ’s more ominous warning appears in the word perplexity, because that word describes “circumstances without solutions.” When you combine the words, distress and perplexity, you understand the vexation of Christ’s prophecy. He said the normal way of living would constrict and squeeze men into places without a solution!

The Apostle Paul foresaw this dilemma too. In 2 Timothy 3:1 he said, “Realize this,” [Stop for a moment.] Paul’s first admonition to the reader is to emphasize something. He said, “Realize this [“Heed these words”! “Give ear”!] . . . “in the Last Days difficult, times will come.” It’s not coincidental that Paul used the word difficult to characterize the Endtime. This was the same Greek word used to describe the demonized men of Gadara that Christ confronted. Matthew said those men were “violent/difficult . . . and no one could pass by that way” (Matthew 8:28).

When you connect Christ’s prophecy of “distress and perplexity” to Paul’s prophecy of “violence/difficulty” you understand what the Bible is saying: It shows how life will constrict and force people to face the maddening powers of evil. The Apostle John described this Endtime exacerbation with the phrase “the spirit of antichrist.” “The spirit of antichrist” strikes against the goodness of life and worsens things. And the Bible shows the people of the last generation being overwhelmed with vexation!

I understand a blog like this is “weighty,” but there is much to gain when we understand the disposition of the last days. The Bible reveals this to protect Christians from despondency or even giving-up during the crisis of the Endtime. This is the context of Christ’s words when He said “the love of many shall wax cold” and “some will depart from the faith” (Matthew 24:10, 12). Jesus knew the oppression of the “last hour” would cause undiscerning people to buckle under pressure and even forsake the Faith! It’s what Daniel understood when he foretold the Antichrist arising to “wear out the saints” (7:25).

While world leaders cannot renew the “ease of life” or rejuvenate a golden era of the past, there is hope for this Endtime vexation. And again, the Second Law of Thermodynamics reveals the answer: The Lord is letting the world rust, unravel, and collapse to reveal Christ alone solves man’s dilemmas. It Is not rehabilitation that corrects the course of the world; it Is transformation! And that Great Day of Transformation will appear when Christ Returns!

But there is something you can do until that great and glorious day. You can know: “Greater is who is in you than he that is in the world!” You can know: “In all these things we are more than conquerors” (Romans 8:37). Always remember that you are an overcomer and a child of God! Pray, trust in God, and believe His promises. “This is the victory that overcomes the world; even our faith” (1 John 5:4).

Order the full-length CD “The Spirit of Antichrist” on RESOURCES Page.