YOUR TIMES ARE IN GOD’S HANDS 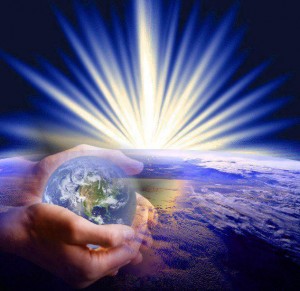 From man’s perspective “time” is uncontrollable. Even with all the advances of modernity man has yet to harness the hands of time. We have deadlines, but “the clock is ticking.” We set goals, but it seems “time is expiring.” We work overtime, but it seems that “the clock is against us.” But from God’s perspective time appears differently. As the Creator of time and existing outside its bounds, God rules it. Thus, our good and Sovereign Lord orders time to operate for our welfare. That’s why the writers of Scripture repeatedly use the phrase “at that time” or “at the appointed time.” In Ecclesiastes 3, Solomon referred to twenty-eight “times and seasons” through which man courses. And the message is clear: “Our times are in God’s hands” (Psalm 31:15). As our loving Lord, He is there to help us in, out, and through anything life presents. Let’s investigate that.

The Bible points out that Jesus appeared in human flesh “in the fullness of time.” In other words, God sent Christ at the foreordained moment! Existing outside of time, the wisdom of God determined the Messiah’s birthplace, ministry, life, and death. This is the meaning of Revelation 13:8 when it says Christ was “slain before the foundations of the earth.” Before the sun cast its light or the constellations glittered from the sky, God determined Christ Jesus to be the Timepiece of human history. He is the express One for whom time exists and it is He that gives time its context and meaning.

I want you to notice what all this means to you when you are devoted to Christ. It means God wraps every moment of your life with purpose, meaning, and destiny. Perhaps that is difficult to accept when life suddenly unravels, and you experience sickness, loss, or slander. But this is why the Bible unveils the narrative of Joseph.

For years, people misunderstood, misjudged, and maligned Joseph—even those of his own household! It reached the point to where his brothers conspired and sold him into slavery. You can imagine how Joseph recoiled from it all. That was no way to treat someone destined to be a Prince! But not long after his enslavement his master’s wife falsely accused him and he was hauled to prison! Time was ticking; years passed; Joseph seemed “trapped in time.” He probably wondered if there was any chance of his dreams coming true. But at each impasse, he heard God’s soft, assuring voice say: “Be still, Joseph. I’m  priming you.” It wasn’t long until Joseph gained favor and ran the compound. Now with the keys he could pick a midnight hour for a jailbreak! But that would have made him a fugitive, and by then Joseph knew that wasn’t God’s plan. Thankfully, with a grain of faith settled in his heart, he knew God was still saying, “Be patient Joseph, I’m priming you.” And he was right, because at the appointed hour, Pharaoh called for Joseph to interpret his dreams. And when Pharaoh heard Joseph’s sagacious insight he knew the words originated with God. That’s when Pharaoh lifted him up and said, “Come here Joseph. I’m priming you. You are now my Prime Minister. All that I have is under your jurisdiction”!

Always remember, from slander to betrayal; from enslavement to imprisonment; from the prison to the palace: “your times are in God’s hands”!

Now for a closing thought about “time.” There are two Greek words that help us understand the concept of time. One word is chronos, and it expresses the ‘unfettered stream of time.’ The other Greek word is Kairos, and it identifies “a moment filled with meaning and purpose.” It is a moment so significant that it can radically transform your life! Can you see the consequence of chronos  intersecting with kairos? Along the stream of time events both adverse and advantageous occur.  People hurt us or God promotes us. We stumble or we succeed. Either way, we wonder, What’s next? But regardless of what that next may be you can trust God. He controls your future! And He does have a glorious Next!

This devotional was extracted from Robert D. Pace’s sermon Your Times are in God’s Hands, and you can read the entire message here.