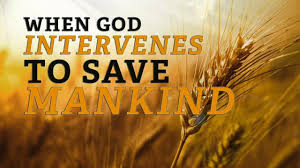 GOD’S SUPERNATURAL SUPPLY FOR YOU

DURING DAYS OF LACK & CRISIS

As the Endtime draws nearer, the needs of mankind will grow tremendously! It’s during this time that the Bible shows the world lurching into famines, dearth, demonic intrusion, betrayal of friends, and horrific moral degeneracy. However, as man’s needs grow greater God’s supernatural influence will grow larger. The Lord refuses to leave his people destitute during hours of crisis! This Wednesday you will hear how God can supernaturally supply for you during times of lack, financial reversals, and crisis. Miracles await you! Learn of his supply-plan! This is a message you don’t want to miss! (This will be Robert Pace’s final message of the Winter Prophecy Series.)