Other than the Bible, no book claims to present the actual words of God and after thousands of years of scrutiny, it has never been exposed of making errant or false claims. Its records regarding science, physics, antiquity, and archaeology have repeatedly proven accurate. If the Bible is incomparable to all other books–if it is God-breathed, inerrant, eternal, and infallible–it will withstand any scrutiny the world can throw against it! And the world has a right to challenge the veracity of the Bible. God doesn’t expect anyone to accept His truths by “blind faith.” That’s why Jesus and the Prophets invited men to investigate the Scriptures.

Years ago, critics maligned the Bible’s account of Christ healing Bartimaeus at the border of Jericho. They insisted Matthew/Mark and Luke had contradicted each other regarding the location of this miracle. When Matthew and Mark record this miracle they show Jesus healing Bartimaeus as He left Jericho. However, Luke said the healing occurred as Jesus entered Jericho. Now, Christians must be honest about something: at first glance, the Bible presents a discrepancy. How can each author present a “disparate” version of Bartimaeus’ healing and yet write under the inspiration of the Holy Spirit? There is an explanation.

Archaeology discloses two cities called Jericho existed in the First Century. There were remnants of the ancient city Joshua had defeated in the Old Testament; and then one mile southwest, there was the reconstructed a city of Jericho that Herod had built. That means Matthew and Mark saw Jesus healing Bartimaeus as He left the ruins of ancient Jericho, while Luke saw this miracle at the entrance of the newer city. And when the two perspectives are converged it not only erases a Bible discrepancy, it pinpoints the location of this miracle! 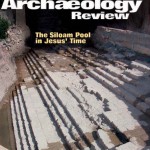 Another example of a Bible “error” is found in John 9, where the Apostle recorded the miracle of Christ healing of another blind man. John said Jesus took a lump of mud, pasted it onto the man’s eyes, and sent him to the Pool of Siloam to wash it off. For years, Bible skeptics said this healing never occurred because there was no evidence that the Pool of Siloam existed. But something reordered that assumption in 2004. Archeologists excavated the remains of the Pool of Siloam! Then, one year later, the discovery was front cover news of Biblical Archaeology Review. Here is what’s incredible: An Olympic swimming pool is 164 feet long. But when the excavation team whisked away the dirt from the Pool of Siloam they discovered it extended 1750 feet. That’s ten times larger than an Olympic size pool!

God is never unnerved when archaeology and science investigate the Bible. He has staked His reputation on His Word! Jesus said, “Until heaven and earth pass away, not an iota or dot will pass from the Law until all is accomplished” (Matthew 5:18).