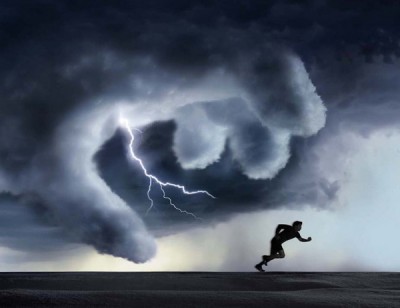 The sixth of the Ten Commandments forbids murder. Does God violate that command when He takes life?

First, it must be recognized that God indeed executes men. Deuteronomy 32:39 says, “There is no God besides me. I put to death and I bring to life, I have wounded and I will heal, and no one can deliver out of my hand.” Many Scriptures attest to this (Genesis 6:7; Exodus 12:12; Ezekiel 14:12-21; 2 Kings 19:35; Matthew 10:28.) Therefore, the question is not, “Does God kill?” The question is, “Is God justified when He terminates man’s life?” In answering that, let’s first identify three types of killing that Scripture sets forth:

As witnessed in these three categories, all killing is not classified as murder. Thus, God, bound to His Word, never capriciously or unjustifiably terminates human life. Does God kill? Yes! Does God murder? Never!

The inviolate rule for structuring Bible doctrine is this: All theology must be formulated in keeping with God’s moral character and divine nature. Thus, as we ask, “Does God murder?” we must remember God is loving, good, righteous, gracious, merciful, compassionate, holy, wise, and just. In other words, God’s actions always appear in keeping with His moral perfection. That means God would never extinguish the life of one “created in His image” without justification. Additionally, Ezekiel 33:11 is careful to show that a “death sentence” from God does not come without great reluctance: “As surely as I live, declares the Sovereign Lord, I take no pleasure in the death of the wicked, but rather that they turn from their ways and live” (NIV). As Noah’s day illustrates, the casualties of the Flood were people wholly given to evil and unwilling to repent.

Finally, consider that something far worse than physical death exists. It is what the Bible calls the “Second Death,” which describes the eternal state of the wicked in the Lake of Fire. If you do not know Jesus Christ as your Savior, ask Him to forgive your sin today. Jesus loves you!