A KING AMONG MEN 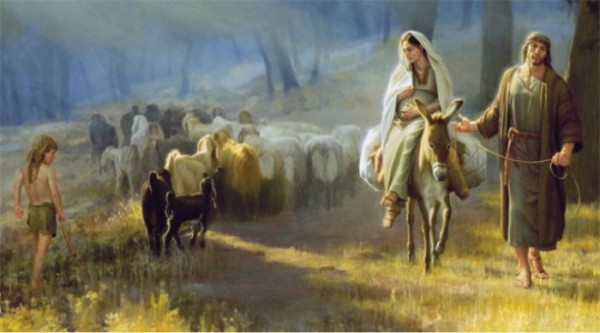 In ancient days, Persia was governed by a benevolent, loving king. In order to identify with his citizens he divested his kingly apparel, dressed in the clothing of common men, and visited homes. On one occasion, he visited a peasant that lived in a basement. The king entered the man’s unadorned cellar, fellowshipped with him, and ate his simple food. Later, he returned to the peasant and revealed his identity. The king thought the man would request a gift or favor; but he didn’t. Instead he said, “You left your palace to visit me in this dreary place. You ate my coarse food. You gladdened my heart! To others you have given your rich gifts. To me you have given yourself!”

That’s the message of Christmas! Christ, the Sovereign Lord left the glories of Heaven, entered our world, ate our bread, and identified with our weaknesses. Awesome, yet humble; Transcendent, yet present; and still this King of kings did more. He opened the door to Paradise and invited us to fellowship with Him throughout eternity! “Rejoice greatly, O people of Zion! Shout in triumph, O people of Jerusalem! Look, your king is coming to you. He is righteous and victorious, yet he is humble, riding on a donkey—even on a donkey’s colt” (Zechariah 9:9, NLT).

By Dennis Bratcher Advent is the beginning of the Church... END_OF_DOCUMENT_TOKEN_TO_BE_REPLACED