AN ASSEMBLAGE OF KNOWERS 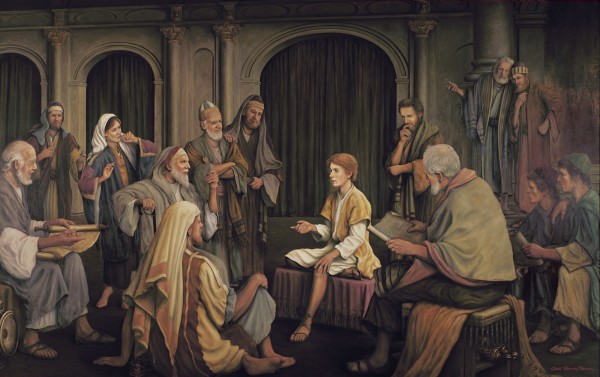 In recent days, it has become evident that most Christians need a greater measure of spiritual revelation in order to triumph during the Endtime. Should the eschatological calamities inundate Christians today they would be unprepared to overcome. While this is not an indictment, it is an admonition for what Christians will need for the coming days. And I am excited to say that God will absolutely supply this! But first, let’s investigate the background information:

About 600 BC, the Lord revealed a shrouded, yet sure, vision of the Endtime to the Prophet Daniel. Like any curious person Daniel asked for clarification. But, God denied his request! Here’s how Daniel described his experience in Daniel 12:8: “I heard, but I did not understand. Then I said, “O my lord, what shall be the outcome of these things?” (9) He said, “Go your way, Daniel, for the words are shut up and sealed until the time of the end.” This is an astonishing passage because the Lord showed Daniel that a principal portion of apocalyptic revelation has been sealed until a crucial moment of human history—“the time of the end.” Prophecies, certain as the sunrise, have been “sealed” until an appointed time. Why did God withhold illumination from Daniel? Consider the following:

The Bible depicts the Endtime arriving with inconceivable upheaval. Jesus said, “Unless the days were shortened no flesh could be saved” (Mark 13:20). But there is a key to man surviving this disorder. Daniel foresaw mankind’s fate inextricably linked to supernatural revelation. He saw man’s march into the Endtime would include an “unsealing” of prophetic mysteries. It is a moment when hidden truths will be divinely illuminated. And without this revelatory grace many will be incapable of surviving the “days of distress.” But how will this revelation emerge?

According to Daniel 11 & 12, God will establish an “Assemblage of Knowers” (gifted Seers) that are anointed with divine insight to elucidate truths that have been enigmatic for centuries. This Prophetic Council will provide Christians with special revelation to overcome during the days of difficulty. This is what Daniel meant when he said, “Those who have insight among the people will give understanding to the many.” Notice again Daniel’s words: “Those who have insight.” In other words, God will place “Knowers” within the camp of Christians. And it is not coincidental that Daniel mentioned “those who have insight” four times (11:33; 11:35; 12:3; & 10).

While this promise is certain, it is not a precedent! God has established Prophetic Counselors, or watchmen, in the past. In the Old Testament 1 Chronicles 12:32 speaks of the tribe of “Issachar, men who had understanding of the times, to know what Israel ought to do.” Then in the New Testament Jesus said, “I send you prophets and wise men and scribes” (Matthew 23:34). Thus, at the Endtime, God will call forth an Assemblage of Knowers, anointed by the Spirit, to interpret prophetic mysteries with unparalleled understanding!

Today, the Body of Christ is without the full measure of revelation it needs to triumph during the last days. But the Lord, “who watches over Zion,” will most certainly provide it. In fact, I believe the Kingdom of God has entered Stage One of the Holy Spirit’s conferral of astonishing Endtime revelation. Moreover, as you look around, ask God to show you those He has begun to raise-up to disclose Bible mysteries. There are “Knowers” among us. Let’s hear their counsel!