Here’s the question for the church today, is there anything distinctive about the man of God? If a stranger were looking for a man of God in a crowd of men, how would he recognize the man of God? Because I can tell you that God knows how to tell the man of God from those who are not. He said, “I looked for a man among them . . . but I found none.”

I believe God is looking for men today. He’s looking for wall building, gap standing men that He can count on. And God knows who is His man, and who is not. He knows the difference and He wants men to know the difference as well. Because that difference may well be the very thing that determines the blessings or judgment upon our home, our church or our community. Look at the text with me:

In our text the Prophet Ezekiel is God’s spokesman to Judah. In chapter 22 God lays out the charges that He has against the inhabitants of Jerusalem. On this list there are such things as bloodshed, lewdness, slanders, extortion, idolatry, adultery, bribery, contempt of parents, and oppression of strangers, orphans and widows. For these sins, and others, Jerusalem would face God’s judgment. She would be like a refiner’s pot, in which the people, like worthless dross, would be melted.1 If God was making a list in our homes it may not be so shocking. It may only list things like, prayerlessness, lovelessness, harsh words, bad attitudes, self-centeredness, or ungratefulness. But such a list is still an indictment in homes claiming to be Christian.

How the heart of God must have ached at the prospect that one man could have saved a city, but no such man could be found among the people. God said, “As surely as I live . . . I take no pleasure in the death of the wicked, but rather that they turn from their ways and live. Turn! Turn from your evil ways! Why will you die, O house of Israel?’ (Ezekiel 33:11, NIV)

I. A MAN IS PRESENT AND ACCOUNTED FOR

I thank God for my uncle who was like a father to me, when mine wasn’t. I thank God for the godly example, for the camping trips, the hunting trips, and the times he shared himself with his own sons and with me. And while God often sends others into our lives to fill the void of those who are not there, I know that I would have lived a much less traumatic life if I’d only had a father who loved enough to be there for me.

Fathers, don’t expect the school councilors, the Sunday School teachers or the pastor to do your job for you. You need to be the father. A man of God, a real man, isn’t at the bar with his buddies while his children are dying for his attention. A real man is there for his children.

When it came time to explain the facts of life to my oldest son, I didn’t want it to come from the boys at school, or from some sex education teacher, I wanted it to come from dad. I wanted to make sure he understood the moral implications and the covenant of marriage that makes the act of sex a sacred trust between two people.
God is looking for men in the home to be the model of a man of God in the home. God is looking for men in the home who will bless their children. One report in Florida showed that while there is a high population of Jewish people in the state, the population of Jewish men in prison is very low. Sociologists began to study this phenomenon and came to the conclusion that the reason was that Jewish fathers are more likely than other fathers to remain married to the mother of their children, and Jewish fathers traditionally bless their children.

A Jewish blessing is when the father lays his hand on the head of his child and tells that child how good he or she is and how good that child is going to do in life. They say things like, “God has given me a wonderful son. You are a blessing to me, and you will be a great man of God someday. You will be a great student, a great provider for your family, and you will be a great father to your children.” And that paternal presence and blessing is the difference between a 5 percent prison population of Jewish men and an 95 percent prison population of non-Jewish men.
Fathers, be a man of God in your home. Be a husband who is a blessing to his wife, be a father who gives a blessing to his children, and be a man of God who knows how to bless the Lord with all your soul.

II. A MAN OF GOD BUILDS UP

God said He looked for a man among them “who would build up the wall.” The literal reference is to the wall that surrounded the city of Jerusalem. It was the ongoing responsibility of the people to keep the wall in good repair to defend against the attacks of the enemy. But as God looked down He saw a wall in disrepair and the city dangerously exposed to attack, and not one man willing to build it back up.
Why were the men so lax? Why wasn’t a single man willing to pick up a block and a trowel and begin the repairs? It seems the men were too busy with their own stuff. The men were complacent and apathetic. Each man probably thought that someone else would do it, or should do it, and as a result no one did do it. The walls were crumbling around them, but no one was willing to build them up again.

But God was using the illustration of the wall to point out a moral deficiency. The people had allowed their commitment to God to crumble, to fall into a state of disrepair, and so doing, opened themselves up, exposed themselves to the judgment that was coming.

III. A MAN OF GOD IS A PRIEST IN THE HOME

God said that He was looking for a man to build up the wall and to “stand before me in the gap on behalf of the land so I would not have to destroy it.” The gap being referred to is the breach in the wall, the place where the opening has already been made and is a potential entry place for the enemy. The only way to defend such a breach was for a man, or men, to put on his armor, take up his weapons and put his life on the line for the safety of the city.

Spiritually speaking, God was saying that the moral walls of the city were crumbling, and already there was a gap, a place where judgment was about to pour in. God was looking for a man who would be an intercessor. A man who would be used of God as Jonah was to move a city to repent and be saved from impending judgment. God was looking for a man who would be an intercessor as Moses was for Israel. A man who would say, “Lord spare the people, or kill me with them.” A man like Paul who would say, “I am willing to spend and be spent on behalf of my countrymen, though the more I love them, the less they love me.” A man like Joshua who would stand up and say, “You chose today who you are going to serve, but as for me and my house, we’re going to serve the Lord.”

I believe God has called every husband and father to be the priest of his home. Now I know that in homes like the one I grew up in, my father wouldn’t be the priest so my mother had to fill those shoes. But I still believe—and it may sound sexist of me to say it—that God has called the men to be priests in the home. This doesn’t mean that women can’t be used in ministry. It doesn’t mean that a woman cannot preach the gospel, but I believe that even in homes where the women is called to a pulpit ministry, the man is still called to be the priest in the home. Unfortunately, God is finding fewer and fewer men who will stand in the gap, who will put their very lives on the line for the safety of their families.

Why are marriages falling apart at a record rate? God is searching for a man.

Why are prisons filling and new ones being built? God is looking for a man.

Why does our country stand on the precipice of God’s judgment? God is looking for a man.

But not just any man, God is looking for a man who loves God, who serves God, and who will be God’s man in the home, in the church and in the community.

God said, “I looked for a man . . . but I found none.” Then in verse 31 God tells us what the result not finding a single man in the city would be (look at it with me): “So I will pour out my wrath on them and consume them with my fiery anger, bringing down on their own heads all they have done, declares the Sovereign LORD.” 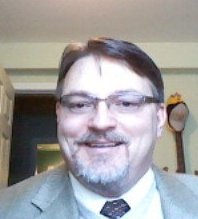