A Call to Corporate Prayer for USA Elections 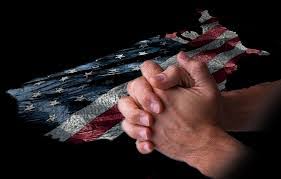 You know the turmoil that has imbibed our country—a worldwide pandemic, anarchy in the streets, and political differences colliding. It’s all occurring as a prelude to our national elections November 3rd. With the future of America at stake, many people feel isolated and helpless. They sense America is off-course but there is simply nothing they can do. However, that is not the case! If you are a Christian, you possess an advantage that is unavailable to godless people. This advantage transcends all the rioting and rhetoric that the crazed masses can muster. It is the power of corporate, united praying.

As a person of intercession, I have come to value the one-to-one fellowship with God in the Prayer Closet. While Christians cannot ignore their solitude with God, there is also a divine mandate for us to unite in numbers. This is so we can function as an irrepressible, supernatural force.  The results can be so effective that they can repel evil agendas, direct the future of a nation, and usher in seasons of grace. This is because persuasion with God is exponentially multiplied when Christians operate together in numbers. If you are familiar with the Bible, you know the outcome of the Corporate Prayer Meeting in Acts 4. God responded by shaking the premises as a sign that he had heard their petitioning. And a heavenly shaking loose of God’s goodness is what  America needs today!

During the days preceding November 3, churches, denominations, and ministries have been and are sponsoring corporate prayer gatherings. What does all this mean to you? It offers you the opportunity to join with others and become a difference-maker in this Election. Modern technology has enabled Christians to corporately connect and advance God’s purposes in the earth. This is why I’m encouraging you to  attend a prayer rally near you or participate with one or more online. Maybe this is new thinking to you; you’ve never done it; but please don’t underestimate the value of such action. Group praying multiplies power with God!

Each political party has platformed its beliefs. Each has officially published its agenda. Your choice between good and evil has never been clearer to identify. But while your vote counts as one at the ballot booth, your persuasion with God to influence many occurs when you unite with others in corporate prayer.

Despite how the forces of evil have crowded in on this nation they do not have the church muzzled and disarmed. The destructive intentions of wrong-leaning politics can be withstood. There is strength in numbers … and God’s willingness to intervene is promised! Opportunities will be afforded until election day. I hope you will join with a corporate prayer group soon.